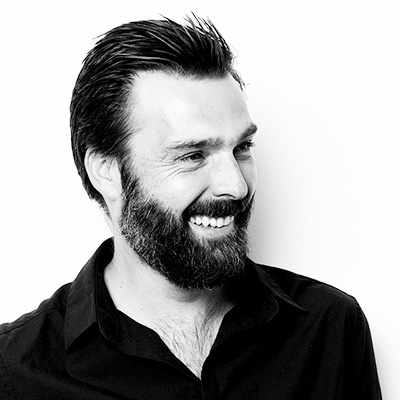 Oliver Vonberg was born in Hamburg. His photographic focus is people, lifestyle and portrait photography. In addition, he not only films, but also directs and produces. Even in his youth he held his mirror reflex in his hand and developed photos and films in his father's darkroom. But the path to photography was anything but determined. After internships with photographers and film productions, he put everything on one card in 1999 to be successful with his band. After eight years and a record deal, however, he ended up in the media industry.

This was followed by 12 years as a graphic designer and art director in a Hamburg advertising agency. Joint photo productions with Paul Ripke aroused his enthusiasm for photography again. In 2016 he took the step to work independently as a photographer. And that worked straight away. Jobs for Vodafone, Redbull Media, McDonalds, Gore, Telekom, PayPal and many other companies as well as energy suppliers followed. His passion for Scandinavia and outdoor activities is often reflected in his photos. In addition to his photographic work, customers appreciate his cheerful and funny manner. "Yes, why didn't he end up with television ?!"